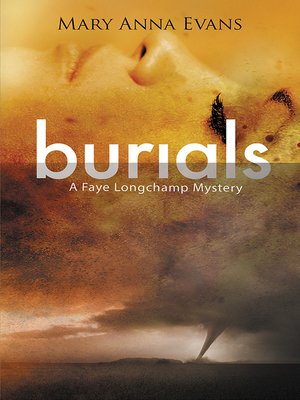 A woman waits under five feet of dirt—a woman who is by now nothing but bones stained the deep red of Oklahoma clay. A delicate silver necklace, a handful of ancient pearls, and a priceless figurine rest with her. Twenty-nine years is a long time to wait for a proper burial.

Faye Longchamp-Mantooth, who runs a small and shakily financed archaeological consulting firm with her husband, Joe, has come to Sylacauga so she and Joe can join his father, Sly Mantooth, in dispersing his mother's ashes. Fifteen years is a long time to wait for a proper ceremony.

Faye has partially financed the trip by hiring on to consult on the reopening of a site closed down 29 years ago when archaeologist Dr. Sophia Townsend disappeared—for good. The Muscogee (Creek) Nation intends to create a park if nothing sacred lies in the soil. What no one expects is the lonely red bones that emerge as the backhoe completes its work. Inevitably they prove to be those of Sophia Townsend. And examination shows Sophia was first killed by a blow to the head.

Chief Roy Cloud of the Muscogee (Creek) Nation's Lighthorse Tribal Police hires Faye, who clearly can't be a suspect, to consult. Which is fine with Faye, who won't rest easy until Sophia's murder is solved. But the investigation comes uncomfortably close to home when she learns that her father-in-law knows more about the dead woman than he is willing to admit. So, it appears, does everyone in tiny Sylacauga.

Dr. Sophia Townsend had possessed a sexual magnetism as forceful as an Oklahoma tornado, and she had never hesitated to use it to manipulate everyone around her, people whose hearts she broke and whose marriages she destroyed. Was she killed by one of her lovers, or by one of their wives? Or by the woman who became enthralled with her? Or maybe Sly Mantooth? Or was something else elemental—greed, buried treasure, fame—at work?

Faye's obsession with this case tests her professional ethics and it tests her marriage. Such was the power of Sophia Townsend that, twenty-nine years after her murder, she wreaks havoc (along with the weather) once again.