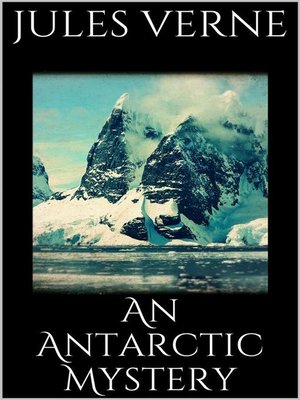 View more libraries...
No doubt the following narrative will be received: with entire incredulity, but I think it well that the public should be put in possession of the facts narrated in "An Antarctic Mystery." The public is free to believe them or not, at its good pleasure.
No more appropriate scene for the wonderful and terrible adventures which I am about to relate could be imagined than the Desolation Islands, so called, in 1779, by Captain Cook. I lived there for several weeks, and I can affirm, on the evidence of my own eyes and my own experience, that the famous English explorer and navigator was happily inspired when he gave the islands that significant name.
Geographical nomenclature, however, insists on the name of Kerguelen, which is generally adopted for the group which lies in 49° 45' south latitude, and 69° 6' east longitude. This is just, because in 1772, Baron Kerguelen, a Frenchman, was the first to discover those islands in the southern part of the Indian Ocean. Indeed, the commander of the squadron on that voyage believed that he had found a new continent on the limit of the Antarctic seas, but in the course of a second expedition he recognized his error. There was only an archipelago. I may be believed when I assert that Desolation Islands is the only suitable name for this group of three hundred isles or islets in the midst of the vast expanse of ocean, which is constantly disturbed by austral storms.