ebook ∣ The Man, the Symbol, the Music · Gateway Biographies 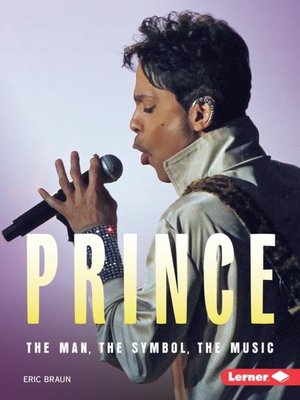 Prince Rogers Nelson wrote his first song at age seven, and soon taught himself to play the piano, drums, and guitar. In the early 1980s, Prince wondered how to make his music—a mix of pop, funk, soul, and R&B—more appealing to an audience that loved more mainstream rock shows. He ended up making Purple Rain, the hit movie and soundtrack that turned him into a megastar.

Experimenting with style, genre, and society's expectations of him as an African-American performer, Prince defied labels. Follow Prince's journey to superstardom, and learn how this wildly talented, prolific, and often-controversial performer touched the hearts of fans around the world.