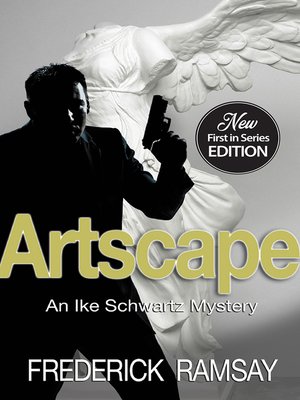 With a Foreword by Frederick Ramsay

Ike Schwartz is the new sheriff of Picketsville, Virginia. He's also trying to shake the demons of his past, the memories of a day that went horribly wrong in Switzerland.

Aside from its Civil War history, Picketsville's one claim to fame is Callend College—a private women's school on the edge of town. The college is most notable for housing half of the billion dollar Dillon art collection, a treasure secured in an underground bunker originally built in the 1950s as a super bomb shelter. Its alarm system is state of the art.

But is it? Could a determined and ruthless group get away with stealing the paintings and statuary and then ransom it back for millions? The fanatics have a plan that will spell bad news for the new college president, for Sheriff Schwartz, and for a pair of college students caught in the local Lover's Lane at just the wrong moment.