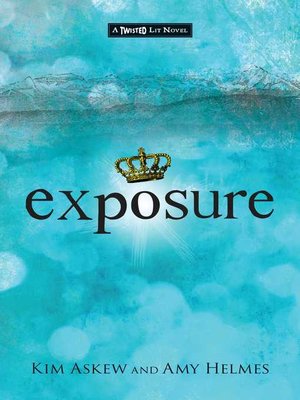 View more libraries...
Double, double, toil, and trouble! The quest for high-school royalty can turn deadly when teen ambition outstrips reason. Skye Kingston is a shy shutterbug who prefers observing life from behind her camera lens. She doesn't know she's stunning, and comes off the sidelines only when she's forced to by the terrifying events of one treacherous school year in Alaska. A boy named Duncan is dead, and his death may or may not be an accident. Skye's three new best friends are eerily able to foretell the future, and cheerleader Beth might be more than a social climber—she quite probably is a sociopath. Then there's Skye's growing attraction to the school hottie, Craig, The Boy Who Would Be Prom King. But their time is crossed by fate. There's already been one death, and who can say if it's only the first? As Skye falls for Craig, she also slowly realizes that he is caught in the crosshairs of a deadly plot. Can she save Craig and herself from a murderous fate? Exposure is not only a modern take on the classic Macbeth, it's proof that nothing has changed since Shakespeare riffed on the subject nearly half a millennium ago: the quest for power can lead to bloodstained hands.
"Exposure is an intelligent, poignant, and riveting mashup of Shakespearean tragedy and high-school politics, which, as it turns out, have a lot in common." ~Daria Snadowsky, author of Anatomy of a Boyfriend and Anatomy of a Single Girl
"Kim Askew and Amy Helmes write with a delightful assurance in this clever and thrilling second installment in their Twisted Lit series. Wherever he is, the Bard is smiling down on them." ~Andrea N. Richesin, editor of Crush: 26 Real-Life Tales of First Love