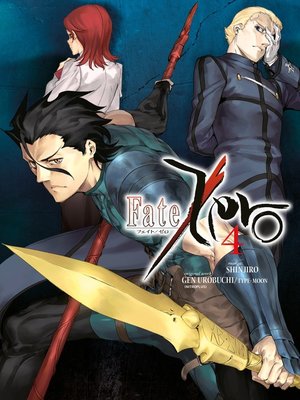 Gen Urobuchi and Shinjiro's manga adaptation of Type-Moon's hit anime and novel series continues! With the fourth Holy Grail War underway, seven magi and their summoned heroes from history battle to the death to claim the grail and have their wishes granted! Kiritsugu continues to fight however the toll of his actions weighs on him... has his sacrifice been worth it? In order to get to Kayneth and his servant, Lancer, Kiritsugu and Maiya bring down an entire skyscraper, but in the ruins of the explosion a mysterious object is unearthed instead of corpses. Meanwhile, Caster uses hostages to draw out Saber for his twisted purposes!