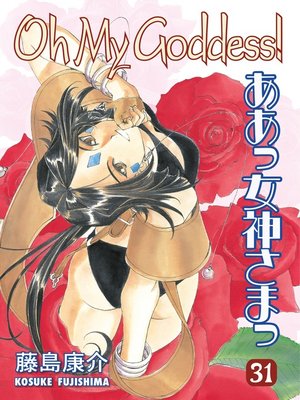 View more libraries...
Ever since a cosmic phone call led to five literal young goddesses — Belldandy, Urd, Skuld, and, like occasional vowels, Peorth and Lind — coming to live in college student Keiichi's residence, his personal life has been turned upside down, sideways, and sometimes even into strange dimensions!
Peorth is called back to Heaven — which is probably just as well, considering the mischief she caused in trying to get Keiichi to express his true feelings to Bell-chan. But the gate to return her isn't opening—because it turns out that such gates aren't things, they're beings that seek information . . . and this one, in the form of a cute girl, is on strike — until she gathers certain earthly knowledge involving love and kisses!