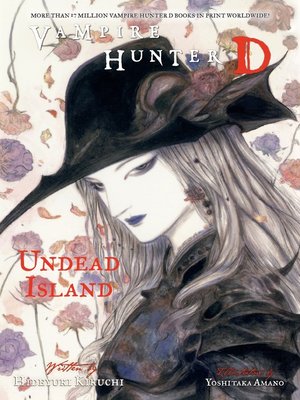 View more libraries...
On an isolated island, vampire Nobility run a mysterious laboratory, continuously pumping out a white mist which compels the inhabitants of a nearby fishing village to become the vampire's slaves! When the village tries to retaliate, their fighters never return. The vampire hunter known only as D has been sighted on the island, but how did he come to be there, and whose side is he on, and will any mortals survive the brewing conflict?
This twenty-fifth volume features seven new illustrations by Final Fantasy designer Yoshitaka Amano.