ebook ∣ Tales of the Old Kingdom and Elsewhere 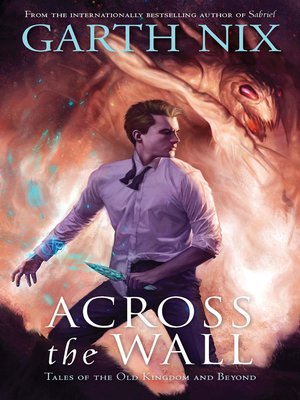 The collected short stories of Garth Nix, including a novella which follows on from the enthralling Old Kingdom fantasy adventures of Sabriel, Lirael and Abhorsen.

Nicholas Sayre will do anything to get across the wall, back to the Old Kingdom. Thoughts of Lirael and Sam haunt his dreams. But here in Ancelstierre the charter is dormant, and before Nick can re-join his friends he must face one of the rarest and most dangerous of the Free Magic creatures: a creature that seems to draw power from Nicholas himself.

'Nicholas Sayre and the Creature in the Case' opens this superb collection of short stories from Garth Nix, that range from classic fantasy to a gritty urban version of Hansel and Gretel, and an unusual take on the role of nature in matters of the heart.

Across the Wall displays the depth and versatility that have made Garth Nix one of today's leading fantasy writers, and a New York Times bestseller.

'The reader's absorption into the intrigue, magic and dazzling richness of the worlds and characters created by Nix is irresistible pleasure ' AUSTRALIAN REVIEW OF BOOKS