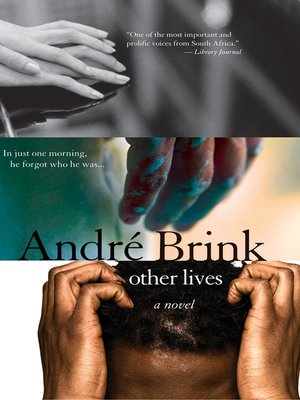 In just one morning, he forgot who he was...

Three provocative and interconnected stories from one of the world's greatest living writers:

A white painter in Africa comes to his studio in the afternoon. On his doorstep, he sees a woman with curly hair and a dark complexion. He has never seen her before, but she embraces him. As he steps past her, two strange children rush to his feet yelling "Daddy!" This family welcomes him home, but he knows none of them.

On the other side of Cape Town, a white man pulls himself out of bed and toward his mirror, where he is confronted by his suddenly black face.

A concert pianist falls passionately in love with the celebrated singer he works beside, but cannot bring himself to touch her, until one night they sit down to eat dinner, and look up to see themselves surrounded by armed men.

In this new novel, Andre Brink is at his best, exploring the fractured yet globalized world where we find ourselves and our lives transformed.

"Brink describes calamities and absurdities of the apartheid system with a cold lucidity that in no way interferes with high emotion and daring flights of the imagination."

"One of the most important and prolific voices from South Africa."

"Brink writes feelingly of South Africa—the land, the black, the white, the terrible beauty and tragedy that lies therein."

"Brink is a hard-eyed storyteller."