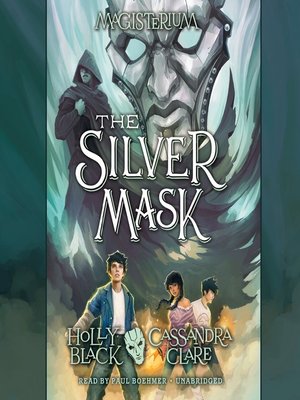 View more libraries...
Power over death is the ultimate power.

A generation ago, Constantine Madden came close to achieving what no magician had ever achieved: the ability to bring back the dead. He didn't succeed . . . but he did find a way to keep himself alive, inside a young child named Callum Hunt.
Now Call is one of the most feared and reviled students in the history of the Magisterium, thought to be responsible for a devastating death and an ever-present threat of war. As a result, Call has been imprisoned and interrogated. Everyone wants to know what Constantine was up to — and how he lives on.
But Call has no idea.
It is only when he's broken out of prison that the full potential of Constantine's plan is suddenly in his hands . . . and he must decide what to do with his power.

In this spellbinding fourth book of Magisterium, bestselling authors Holly Black and Cassandra Clare take us beyond the realm of the living and into the dangers of the dead.