Hellboy: Into the Silent Sea 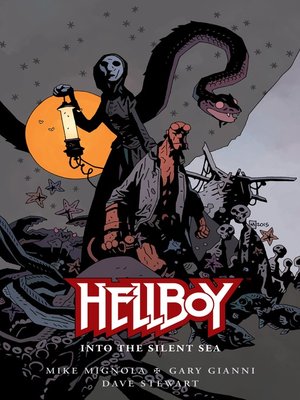 View more libraries...
Hellboy sets sail from the wreckage of a deserted island only to cross paths with a ghost ship. Taken captive by the phantom crew that plans to sell him to the circus, Hellboy is dragged along by a captain who will stop at nothing in pursuit of a powerful sea creature. Following the events of Hellboy: The Island, Gary Gianni draws Hellboy in an original graphic novel.

"The master of modern horror comics."-IGN

"... Mignola's simple but elegant panel design should be studied by everyone who is or who wants to be a cartoonist. The script is a delight, too, as Hellboy's down-to-earth anger and everyman astonishment remains funny and refreshing." -Publishers Weekly