Tarzan on the Planet of the Apes 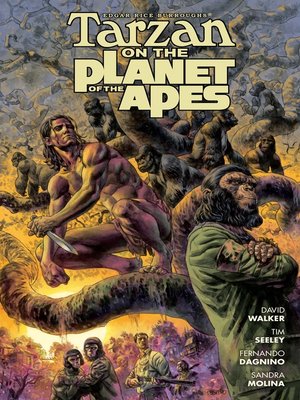 View more libraries...
Caesar's birth in the original Planet of the Apes films was a result of the time travel at the core of that story. Tim Seeley (Revival) and David Walker (Power Man and Iron Fist) relocate that birth to 19th century Africa, where Caesar crosses paths with Tarzan, leading to a much different fate for Man and Ape.
Drawing deeply from the Tarzan novels and the Planet of the Apes films, Seeley and Walker run Caesar and the Lord of the Jungle through the enslavement of the Apes, through a century of war, and through the center of the earth.