Flight of the Outcast 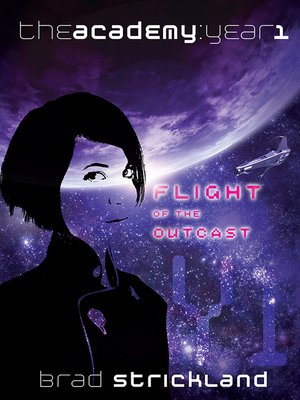 Asteria Locke has never left her father's farm on the remote planet of Theron. But in one terrible moment, a surprise attack by space raiders destroys everything she's ever known. Orphaned and alone, Asteria vows to avenge her father's death by joining the Royal Spacefleet Academy. . . even if she has to lie to get in.

Branded an outcast at the Academy from the start, Asteria must work twice as hard as the other students to prove herself. But in time, she suspects that the Aristocrats who torment her have more sinister motives than shaming a commoner. They'll stop at nothing to hide a secret from her father's past—a secret that could shift the balance of power throughout the entire universe.

Praise for Flight of the Outcast:

"Strickland creates a fast-moving story with plenty of action and a plucky central character, and the series' next installment will no doubt give more clues as to the nature of an evil conspiracy that involves aliens and a leading aristocratic family."—Booklist

"Good character development and plenty of momentum make this an enjoyable read, but there is clearly a lot more story ahead—this installment ends not with a cliffhanger but an anticipation of action yet to come."—Kirkus

"Strickland's first in a new space series is that rarest of creatures: well-done Hard Science Fiction Adventure for middle grade readers. Excellent world-building, strong character development, and a swift pace will have fans of the genre eagerly anticipating Asteria's next year at the Academy."—Voya