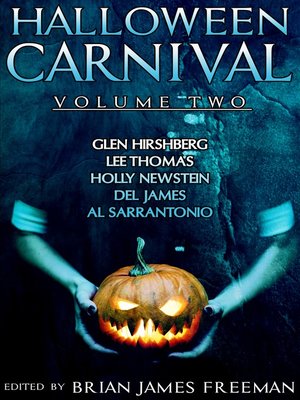 View more libraries...
Glen Hirshberg, Lee Thomas, Holly Newstein, Del James, and Al Sarrantonio bring the ghouls of the most haunted night of the year to life in a chilling collection of stories curated by master of horror Brian James Freeman.

MR. DARK’S CARNIVAL by Glen Hirshberg
Halloween is more than just a holiday in Clarkson, Montana; it’s a tradition passed down through generations. Only this year, the ghosts of the past may just be a little closer than usual.

THE FACTS IN THE CASE OF MY SISTER by Lee Thomas
When David was young, he believed in magic. In fact, he wanted to become a magician himself. But meddling in the forces of the mind has consequences beyond what an eleven-year-old can see.

MISCHIEF NIGHT by Holly Newstein
Cabbage Night, Goose Night, Devil’s Night—they’re all the same. Before the treats come the tricks. It’s all in good fun . . . until someone gets hurt.

THE GHOST MAKER by Del James
When people need to disappear, I make them vanish. The catch? I’ve always got to be on guard—because that knock at the door may not just be a little monster looking for candy.

THE PUMPKIN BOY by Al Sarrantonio
When boys start going missing, Detective Len Schneider is determined to make it right. But his partner knows that there are worse things out there than a dead kid.