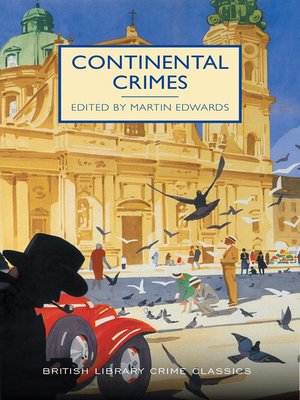 Discover the captivating treasures buried in the British Library's archives. Largely inaccessible to the public until now, these enduring crime classics were written in the golden age of detective fiction.

"As with the best of such compilations, readers of classic mysteries will relish discovering unfamiliar authors, along with old favorites such as Arthur Conan Doyle and G.K. Chesterton." —Publishers Weekly, STARRED review

A man is forbidden to uncover the secret of the tower in a fairy-tale castle by the Rhine. A headless corpse is found in a secret garden in Paris—belonging to the city's chief of police. And a drowned man is fished from the sea off the Italian Riviera, leaving the carabinieri to wonder why his socialite friends at the Villa Almirante are so unconcerned by his death.

These are three of the scenarios in this new collection of vintage crime stories. Detective stories from the golden age and beyond have used European settings—cosmopolitan cities, rural idylls and crumbling chateaux—to explore timeless themes of revenge, deception, murder and haunting.

The Body in the Dumb River

Blood on the Tracks