Jerry and the Joker 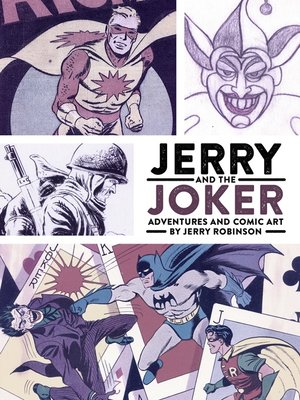 View more libraries...
In this memoir, penned by the late Jerry Robinson in his final years, he tells the story of a seventeen-year-old college hopeful who became the artist on Detective Comics, and later Batman, shares his thoughts on creating the Joker as the first super villain, and relates the celebrity-studded journeys that a long life in comics afforded him.
In this volume, you'll also find never before published original artwork from iconic comics like Detective Comics #76 and Batman #14 and cover artwork featuring Batman, Robin, and the Joker, delving deep into imagery that has shaped the evolution of comics' most famous villain.
"I always thought that heroes were essentially dull. Villains were more exotic and could do more interesting things".
-Jerry Robinson

Comic and Graphic Books Fiction Literature
Jerry and the Joker