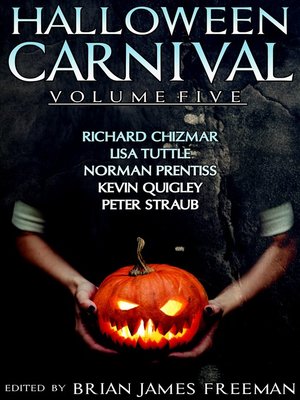 DEVIL’S NIGHT by Richard Chizmar
You’ve read about what happened that night. What you don’t know is the true extent of the damage. The papers got it wrong—and the truth is so much worse than you thought.

THE LAST DARE by Lisa Tuttle
Elaine hasn’t been back to her hometown in years. The house she lived in is gone. The tower house isn’t—nor are the stories of the fate that befalls whoever dares to go there.

THE HALLOWEEN BLEED by Norman Prentiss
People think there’s some sort of mystical power that allows enchantments and witchcraft to come to life on Halloween night. But real magic obeys no calendar—and true evil strikes whenever it’s least expected.

SWING by Kevin Quigley
In Hollywood, everyone lives forever. At least that’s what I used to think . . . before Jessica. But no one seems to live long when they’re around me.

PORK PIE HAT by Peter Straub
When it comes to jazz, there are players, and there are legends. “Hat” was a legend. His real name didn’t even matter. Still, he had his secrets—secrets best left buried in the past.

“This miniature cavalcade of spine-tingling and thought-provoking horrors lives up to its name and is the perfect Halloween treat.”—Publishers Weekly (starred review)