Girl In The Mirror 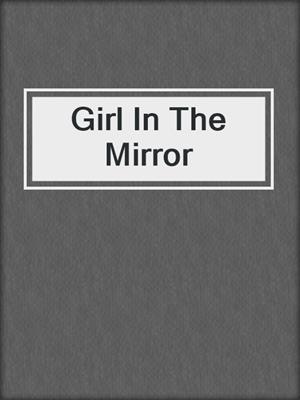 "On a Friday morning in late June, the first of several extraordinary photographs appeared inside the folded pages of the latest Journal—a tawdry newsprint rag sheet catering to men looking for cheap thrills. As were all the images printed in this newspaper, this one was a salacious photograph by current standards, depicting a newly nude young woman. She was just a girl actually, but a girl old enough to know what she was doing and with the right to do it." Fresh off the train and looking for a place to live, Aimee happens on the brassy and vivacious Angelica, who invites her to take the vacant room in her boarding house. But this is no ordinary boarding house; its tenants are a deviant, sexual lot, and immediately sets their sights on their newest boarder. As if under a wicked spell, the waifish beauty becomes caught up in the mesmerizing world of sexual domination and surrender. Once her virginity is taken, she becomes a sex toy for Terrance—a handsome but brooding writer with a wealth of nasty desires. Girl in the Mirror is just one of many photographs Aimee unwittingly poses for—never suspecting that her new friends would publish these naughty pictures for their own gain. The scandalous photographs cause quite a stir among the city's male population; everyone is looking for her. When she suddenly disappears, it's anyone's guess if she's been rescued from her unexpected fate or driven deeper into the submissive life she's learned to love. Who was this girl? And what would make this child of innocence bare herself and her sexual passions for all the world to see?