The Dead Shall be Raised and the Murder of a Quack 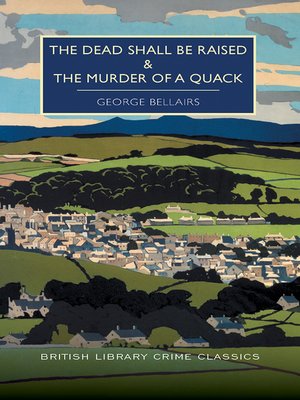 In the winter of 1940, the Home Guard unearth a skeleton on the moor above the busy town of Hatterworth. Twenty-three years earlier, the body of a young textile worker was found in the same spot, and the prime suspect was never found—but the second body is now identified as his. Soon it becomes clear that the true murderer is still at large...

Nathaniel Wall, the local quack doctor, is found hanging in his consulting room in the Norfolk village of Stalden—but this was not a suicide. Against the backdrop of a close-knit country village, an intriguing story of ambition, blackmail, fraud, false alibis and botanical trickery unravels.