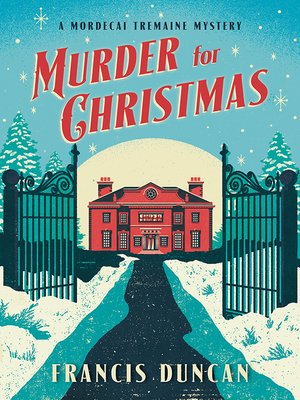 When Mordecai Tremaine arrives at the country retreat of one Benedict Grame on Christmas Eve, he discovers that the revelries are in full swing in the sleepy village of Sherbroome—but so too are tensions amongst the assortment of guests.

When midnight strikes, the partygoers discover that presents aren't the only things nestled under the tree...there's a dead body too. A dead body that bears a striking resemblance to Father Christmas. With the snow falling and suspicions flying, it's up to Mordecai to sniff out the culprit—and prevent anyone else from getting murder for Christmas.

Murder for Christmas is a festive mystery for the holiday season: mulled wine, mince pies... and murder.