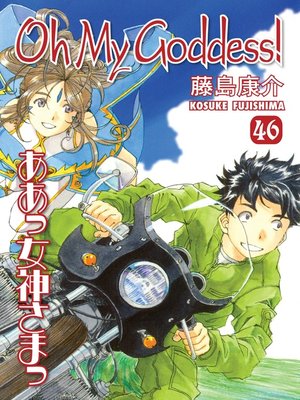 View more libraries...
Somewhere inside the Judgment Gate, the minstrel learns the sad truth about the lady of the lake. Happiness can defy their fate for a time...but in the end, it will only turn to sadness again. So Keiichi and Belldandy are told by the power above them—but a couple who've prevailed on Earth and in Hell aren't about to give up their love...even against Heaven!
Oh My Goddess! Is America's longest-running manga and has been popular in formats other than just manga. In the US the original video animation was licensed by AnimEigo, the film by Geneon Entertainment, and the various TV series at various points by Media Blasters, Geneon, ADV Films, and Funimation.