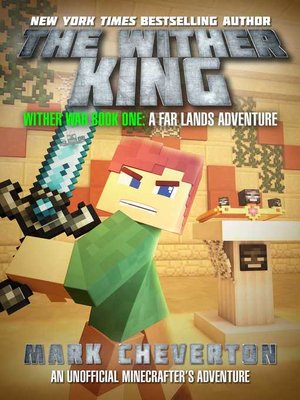 View more libraries...
Life is peaceful and calm in the Far Lands, a mysterious area on the edge of the Overworld in Minecraft. The monster warlords have been destroyed, and the NPC villages are flourishing. But an old warning still echoes in the young NPC Watcher's mind: "Krael, the new Wither King, will bring back his army, as the monster warlocks predicted, and take their revenge on all of the Far Lands."
Watcher is right to be suspicious. Krael, the self-proclaimed King of the Withers, and wearer of the Crown of Skulls, has a plan to bring back the vast army of withers that lie imprisoned in the ancient Cave of Slumber. With the help of a dozen ancient zombie warriors rescued by Krael, they seek to release the withers from their slumber and wreak havoc on the Far Lands. And the only thing in his path is a skinny little archer named Watcher.