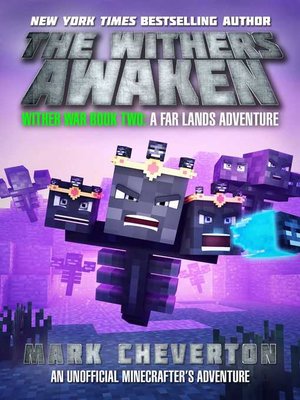 View more libraries...
Krael, the Wither King, has been trapped deep underground, ending his reign of terror, and all the NPCs of the Far Lands have all put away their swords in peace except Watcher; the young archer still suspects Krael has bigger plans.
He's right. In the darkness of the Cave of Slumber, Krael awakens the imprisoned wither horde, and with the help of creepers and endermen, the wither army is released from their rocky jail. They spread across the Far Lands, searching for the ancient Vault of Weapons which will make the army of withers indestructible. But one man alone holds the secret to the Vault's whereabouts: the Far Land's last living NPC wizard.
Watcher and his friends must race to find the wizard before Krael and his army of monsters. But if they fail, a wave of destruction, led by the King of the Withers, will sweep across the landscape, destroying everything—and everyone—they know.