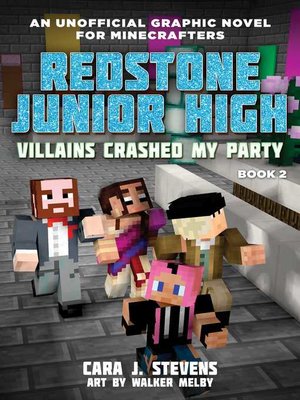 The second book in the newest full-color series of unofficial graphic novels for Minecrafters!

Enrollment at Redstone Junior High is at an all-time low since word got around that hostile mobs were spotted on campus. Principal Redstone will do just about anything to keep students from leaving to attend the rival school, Combat Junior High, but a growing unease is making this difficult. To make matters worse, frightened creepers alert Pixel that the S.A.M.D. is still alive and well and trying to harvest innocent mobs for their drops.

When Tina suggests hosting a school party to boost morale, Pixel and her friends play along and devise their own secret plan to trap the S.A.M.D. and its evil leader, Smite. Will Pixel and her friends succeed in luring their enemies to the party so they can battle to the finish, or will Tina's plan for revenge and Smite's dark powers stop them dead in their tracks? With creepers on the scene, one thing is sure: This party will end with a bang.