ebook ∣ The Locations Of Mind 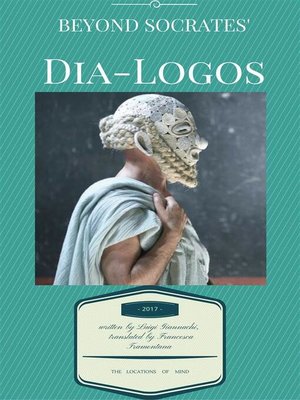 View more libraries...
If we could talk with the great fathers of philosophy about some of today's world issues, what resources could we infer and what lessons could we reflect? These are the surreal dialogues between thinkers and myths of ancient Greece (such as Plato, Heraclitus or Medusa) and philosophers enlightened by those ancient places of the mind (such as Bruno, F. Nietzsche).

The Dia-Logos outlines the actions and modalities of the human mind meeting historical characters who live in modernity times. The structure of the texts deliberately exploits the patterns of the narrative genre. There is the discovery of a fictitious Socrates' manuscript, who has never left personal writings, by a penfriend. This event starts the surreal voyages that will lead to dialogues.