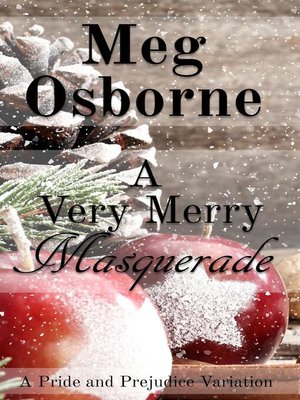 Elizabeth Bennet is furious when she discovers Mr. Darcy has removed, with Charles Bingley in tow, to London for Christmas, seeing in it a blatant attempt to undermine the relationship that had begun to flourish between Bingley and her sister. When the Gardiners invite Elizabeth and Jane to stay with them in Gracechurch Street over the festive season, she seizes on the opportunity to repair the damage Darcy has caused and reunite the lovers, little realising her own heart is in danger, and from Darcy himself.

Fitzwilliam Darcy acted in the best interest of his friend in preventing an unequal match – or so he thought. Reacquainted with both Jane and Elizabeth Bennet, he is forced to acknowledge his first, hasty assessment of both sisters was utterly false. Can he salvage not only his friend's hopes of future happiness, but his own, before the year is out?

This is a regency Pride and Prejudice variation novella.