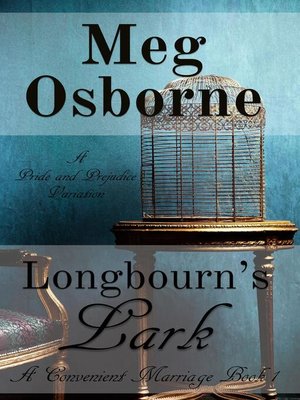 Longbourn's resident songbird finds her happily ever after, and determines to help her sister, Elizabeth, find hers.

Mary Bennet is used to being the overlooked Bennet sister, but when Colonel Fitzwilliam accidentally enters her life, everything changes.

As cousin to Mr Darcy, Colonel Fitzwilliam knows what it's like to feel invisible. His experiences at war have left him with one goal in mind: to marry, set up home and live in peace. When he witnesses the interaction between his cousin and Mary's sister, Elizabeth, he is determined his own happiness will not be the only end in mind.

However, with Mrs Bennet focused only on securing Longbourn by matching one of her daughters with the odious Mr Collins, will there be any chance of marrying for love, for anybody?

Longbourn's Lark is book one of A Convenient Marriage, a Pride and Prejudice variation novella series.