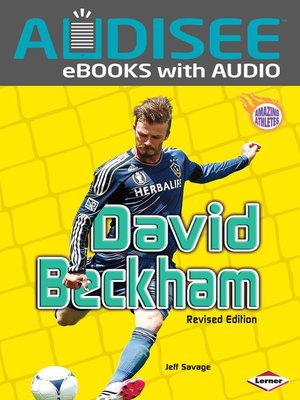 Audisee® eBooks with Audio combine professional narration and text highlighting to engage reluctant readers! Soccer superstar David Beckham is one of the biggest celebrities in the world. Born in Great Britain, David was playing for England's top soccer team by the age of twenty. David moved to the United States in 2007 and joined the Los Angeles Galaxy. In 2011, David led the Galaxy to victory in the Major League Soccer (MLS) championship. Learn more about the life of one of sports' biggest stars.