The Secret Life of a Witch 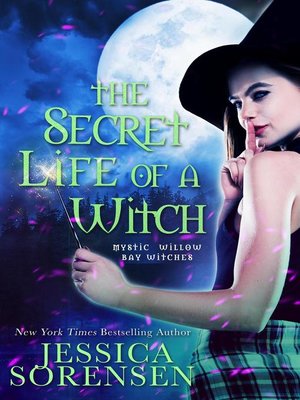 My name is Evalee, and I have a secret. I'm a witch.
Okay, maybe it's not that big of a secret. At least not in Mystic Willow Bay where practically every paranormal creature lives.
Still, I have plenty of secrets. Like the fact that I suck at casting spells, which is a huge problem, considering I'm a witch. But I can talk to dead bodies and am secretly working on a spell that will hopefully revive my sister from the dead. Until I perfect the spell, I've hidden her body in the basement, something my roommates are completely clueless about.
I'm also in love with my best friend, Hunter, one of the most popular wizards in town and who's completely out of my league in the dating department.
But I'm not the only person in Mystic Willow Bay that has secrets. And some are way worse than mine. Like whoever has been stealing dead bodies from the morgue and the graveyard. For what reason, I don't know, but I'm about to find out because they've stolen my sister's body, and I need to get it back before I miss out on my chance at bringing her back from the dead.