Flight of the White Wolf 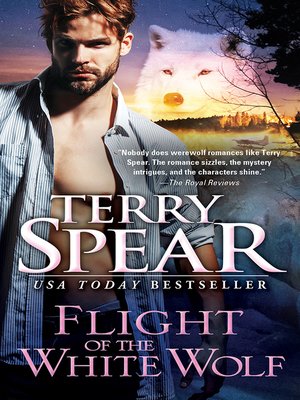 Stranded in the wilderness, these warring hearts will be forced to work together—or die together.

Gavin Summerfield—an arctic wolf shifter with a fear of flying—has to fly into the vast lakeland wilderness of northern Minnesota to track down his suspect—where his ability to shift will come in very handy. Imagine his chagrin when his pilot turns out to be the woman who tasered him last time they saw each other. Things are off to a rocky start...again.

Arctic wolf shifter Amelia White isn't entirely displeased to see Gavin again, but priorities shift when their plane is sabotaged and goes down in the middle of nowhere. As their attraction grows, Amelia hopes Gavin doesn't discover the secret she's been keeping...she knows he could never forgive her...

Flight of the White Wolf (Book 2)

What People Are Saying About Terry Spear:

"A funny, fun, and extremely intriguing read." —Fresh Fiction for SEAL Wolf in Too Deep