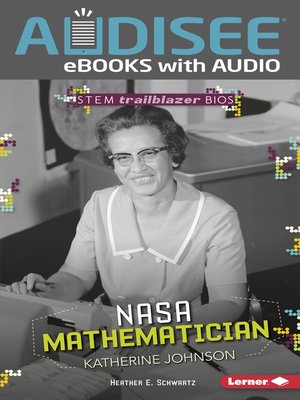 Audisee® eBooks with Audio combine professional narration and sentence highlighting to engage reluctant readers! What do you want to be when you grow up? When Katherine Johnson was young, women weren't expected to go into the math and science fields. Johnson loved math, but she never thought she could be a mathematician. After studying math in school and teaching for a few years, she learned that the organization that would later become NASA was hiring women to complete mathematical equations. As an African American woman, Johnson had to work hard to earn the respect of her coworkers, but they soon came to rely on her brilliant calculations. Her contributions to the US space program helped send astronauts to the moon. Learn how Johnson broke barriers as a female African American mathematician.