Magi: The Labyrinth of Magic, Volume 27 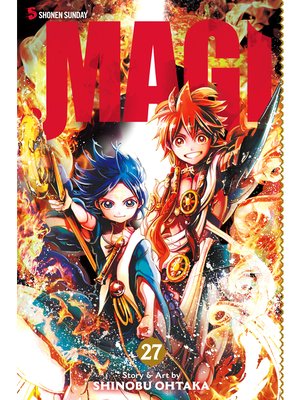 The fight between Alibaba and Hakuryu has come to an end, but at a terrible cost to the former friends. Hakuryu has been crippled and Alibaba's rukh have been removed to another dimension, leaving Alibaba an empty shell. Hakuryu gloats that what has happened can never be undone. Horrified, Aladdin turns to face his own nemesis, the Magi Judar, for a magic duel the likes of which the world has never seen!