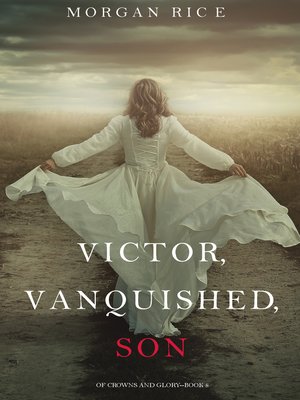 "Morgan Rice has come up with what promises to be another brilliant series, immersing us in a fantasy of valor, honor, courage, magic and faith in your destiny. Morgan has managed again to produce a strong set of characters that make us cheer for them on every page....Recommended for the permanent library of all readers that love a well-written fantasy."

—Books and Movie Reviews, Roberto Mattos (regarding Rise of the Dragons)

While Ceres battles in a mystical land to regain her lost powers—and to save her very life—Thanos, Akila, Lord West and the others dig in on the Isle of Haylon for their final stand against the might of Felldust's fleet. Jeva tries to rally her Bone Folk to come to Thanos' aid and join in the battle for Haylon.

An epic battle follows in wave after wave, and they all have limited time to hang on if Ceres does not return.

Stephania sails to Felldust to woo the Second Stone and lead him back to Delos, to reclaim the kingdom that was once hers. But in this new world of brutality, all may not go as she had planned.

Irrien, fresh from his victory in the North, gathers all the strength of the Felldust fleet to lead a final, crushing attack on Haylon. He also brings a surprise weapon—a monster of unfathomable power—to ensure Ceres is wiped out for good.

In the finale of the series, the most epic battle scene of all ensues, with the fate of the world hanging in the balance. Will Ceres live? Will Thanos? What will become of his son? Will freedom ever rise again? And will Ceres and Thanos finally find true love?

VICTOR, VANQUISHED, SON tells an epic tale of tragic love, vengeance, betrayal, ambition, and destiny. Filled with unforgettable characters and heart-pounding action, it transports us into a world we will never forget, and makes us fall in love with fantasy all over again.

Visit www.morganricebooks.com for news on the upcoming release of the new fantasy series!