By Keith R. A. DeCandido 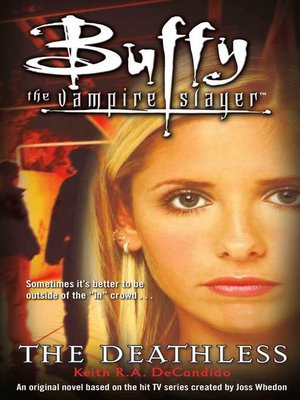 View more libraries...
As if Ring Day weren't enough to make Buffy Summers anxious (she can't even afford one of the less expensive silver bands), the Slayer has her hands full trying to figure out why an average split-level house in Sunnydale has all the vampires spooked. When she arrives at the library to discuss this new development with Giles, a package he's received from an old folklorist in Russia reveals what's going on: The stars are properly aligned for an attempt to resurrect Koschei the Deathless, a long-dead evil sorcerer. So while her classmates are busy choosing rings to demonstrate their school spirit, Buffy must figure out how to keep someone from reviving Koschei and, should she need to resort to plan B, how to kill him again.

A little investigating soon leads Buffy and the gang to the necromancer who originally killed the sorcerer, an immortal Russian sorceress named Yulia Dryanushkina, who can control vampires (which explains their reluctance to pass by her place of residence). When the crew pays Yulia a visit, she assures them that with Willow's assistance, she would be able to kill the sorcerer again should he be revived.

Neither Buffy nor Willow are particularly comfortable with aligning themselves with the necromancer, but they have no other choice when, twenty-four hours later, the vampires start behaving strangely . . . and half the senior class goes missing.