A Woman in the Shadows 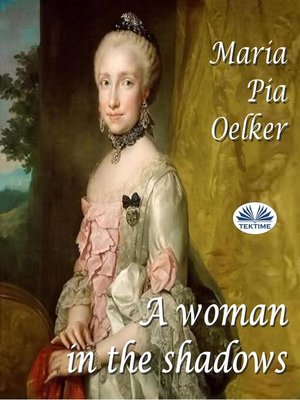 A historical novel set in Tuscany in the 18th century, during the enlightened government of Pietro Leopoldo of Hapsburg Lorraine. Autobiographical memories of the Grand Duchess Maria Luisa, his wife and confidante. "Vienna 1792. Maria Ludovica of Bourbon, the Spanish Infanta, for many years Grand Duchess of Tuscany and now Empress of the Holy Roman Empire, watches impotently the sudden death of her beloved consort, Pietro Leopoldo of Hapsburg, and from that moment begins almost frenetically to rekindle, one after the other, her innumerable memories of a life, still short, but intensely lived, beside the man who, since their first meeting had fascinated and conquered her, and to whom she had been a discrete and faithful companion. Public facts are weaved together with private feelings, with joys and suffering, in a sequence of urgent events. The Empress unconsciously knows, has always known, that she cannot survive for long (Editor's note: she will in fact die just two months later) after the death of her husband and therefore must hurry to organise her memories, to finally manage to give an answer to the most important question for her: what did she really mean to him? Only a political and dynastic link, the mother of his children, friend and confidante or the woman he loved notwithstanding everything?"

Fiction Historical Fiction
A Woman in the Shadows