From the Earth to the Shadows 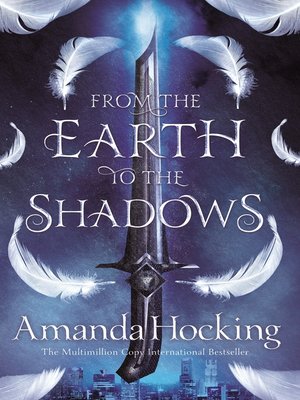 From the Earth to the Shadows is the epic sequel to Between the Blade and the Heart, a gripping adventure of duty versus romance from Amanda Hocking, author of the Trylle trilogy and the Kanin Chronicles.

Malin's mission to avenge her mother's murder has uncovered dangerous secrets. As a Valkyrie-in-training, Malin must slay immortals who've had their time, to maintain balance between humans and immortals. But her quest could destroy earth's stability - and unleash chaos.

Just when she needs to focus, her friend Asher is in grave danger. He's been dragged into the underworld, where vengeful immortals plot revolution. Malin believes her feelings mustn't distract from her goal - but is desperate to rescue him. So she ventures into the darkest of realms, knowing she may not survive. With new allies at her side and new enemies ahead, Malin will face terrible choices. She'll have to keep her head - or be ruled by her heart.

Fantasy Young Adult Fiction
From the Earth to the Shadows