Path of the Assassin, Volume 12 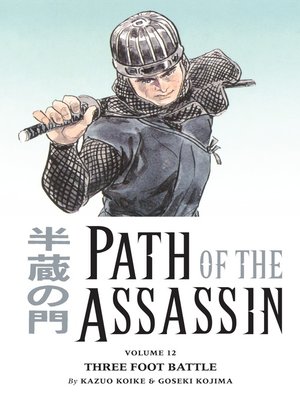 View more libraries...
The march continues as Japan's future shogun moves to the center of Japan to claim it as his own. But along the way he'll have to deal with intense and complicated politics, strange and sometimes perverted fighting techniques, and a rapidly changing samurai culture in old Japan. And often the history of Japan all rests on the wiles of shogun-to-be Ieyasu's clever and loyal ninja, Hattori Hanzo.

Lone Wolf & Cub creators Kazuo Koike and Goseki Kojima are experts at weaving an intense and sometimes oddly sensational yarn, and this quasi-historical tale of a young man's rise to the top of samurai politics doesn't pull any punches.