Path of the Assassin, Volume 14 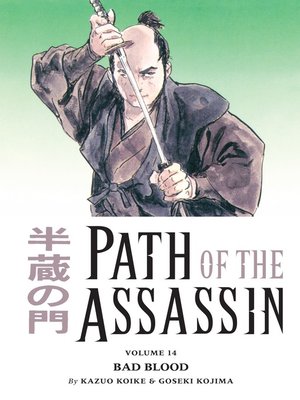 View more libraries...
Assassins have been cast as the sensual and shadowy villains throughout history, but their exploits have never been so fully realized as they are within the pages of Path of the Assassin. From the most intense sword fight, to a silent poisoning, no job has been too much for the infamous Hattori Hanzo. Now, the stage is set for Tokugawa Ieyasu's destiny to be fulfilled, and with Hanzo watching his back, can anything stop him from uniting Japan?
For the past fourteen volumes Hanzo's long walk down the tightrope of political intrigue and human melodrama has been bloody, dramatic, and awe inspiring. Every page filled with the densely researched and poignant delivery you've come to expect from the godfathers of samurai manga. Lone Wolf and Cub creators Kazuo Koike and Goseki Kojima, experts of gekiga samurai manga, deliver the penultimate volume of Path of the Assassin.