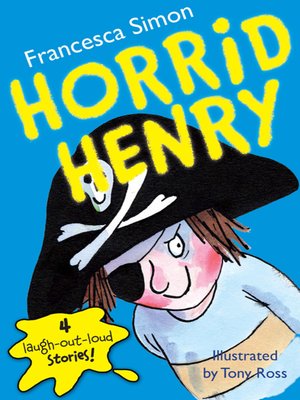 Horrid Henry is the very first collection of stories about the master of mischief (and the funniest kid in the universe) including:

Horrid Henry is a publishing and media phenomenon all over the world. This laugh-out-loud series has sold millions of copies in the UK and over 200,000 in the US, has spawned a very successful TV show in Britain, has been published in 27 languages, and has received incredible praise from the press, librarians, booksellers, parents, and, most importantly, kids, the world over!

"For kids beginning to read independently, Horrid Henry by Francesca Simon and Tony Ross arrived from England this year, importing sophisticated humor and a sly approach to storytelling."—Los Angeles Times