Horrid Henry and the Soccer Fiend 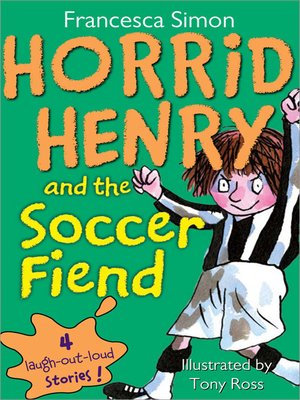 Horrid Henry reads Perfect Peter's diary and improves it; goes shopping with Mom and tries to make her buy him some really nice new sneakers; is horrified when his old enemy Bossy Bill turns up at school; and tries, by any means, to win the class soccer match and defeat Moody Margaret.