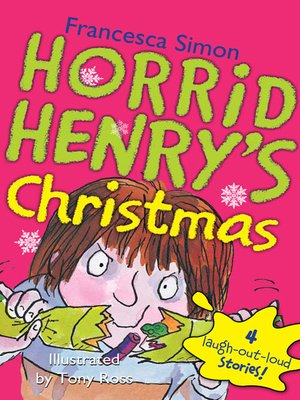 Discover this funny book series for kids that boys and girls around the world love to read! Horrid Henry's Christmas is the perfect Christmas chapter book for kids!

Horrid Henry sabotages the Christmas play; tries to do all his Christmas shopping without spending any of his allowance; attempts to ambush Santa Claus (to get more presents, of course); and has to endure the worst Christmas dinner ever!