A Choir of Ill Children 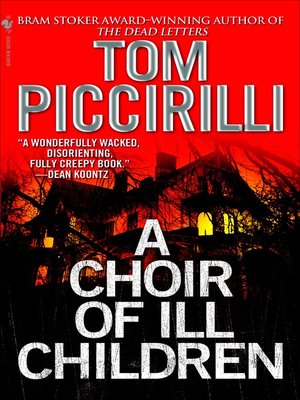 View more libraries...
BONUS: This edition contains an excerpt from Tom Piccirilli's The Last Kind Words.
This lyrical tale of evil, loss, and redemption is a stunning addition to the Southern gothic tradition of Flannery O’Connor and Harry Crews.

A Choir of Ill Children is the startling story of Kingdom Come, a decaying, swamp backwater that draws the lost, ill-fated, and damned.

Since his mother’s disappearance and his father’s suicide, Thomas has cared for his three brothers—conjoined triplets with separate bodies but one shared brain—and the town’s only industry, the Mill.

Because of his family’s prominence, Thomas is feared and respected by the superstitious swamp folk. Granny witches cast hexes while Thomas’s childhood sweetheart drifts through his life like a vengeful ghost and his best friend, a reverend suffering from the power of tongues, is overcome with this curse as he tries to warn of impending menace. All Thomas learns is that “the carnival is coming.”

Torn by responsibility and rage, Thomas must face his tormented past as well as the mysterious forces surging toward the town he loves and despises.