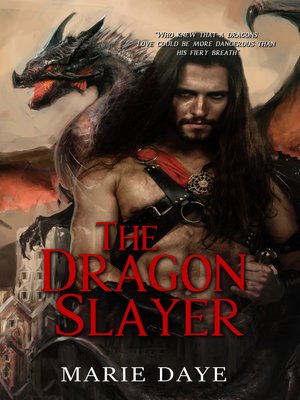 "You are my lifemate, my beloved, my one and only: I belong to you just like you belong to me. I cannot hurt you, I will never hurt you for as long as I breathe."

AN EMOTIONALLY GRIPPING NOVEL THAT WILL LEAVE YOU FEELING EXCITED AND WANTING MORE BY NEW AUTHOR MARIE DAYE!

In an era where Gods still roamed the earth, mortal races lived amongst the dragons that were created to be their friends and allies. Instead, the jealousy of man led to a long and bloody war where both sides have lost countless numbers. The rules that these races now live by, is to kill or to be killed.

Libelle of Edinburgh is one of the few remaining Dragon Slayers left in the world, one of the few that still stand between mankind and the winged prince Eskil, Vessel of the Gods. Soon enough, both find themselves in situations neither ever believed would be possible. Both realizing that some passions cannot be denied.

Eskil has finally discovered the one thing he's been looking for his entire life. Libelle however, has found the one she has feared more than death or any amount of pain.

JUMP INTO AN EXHILARATING ROMANTIC FANTASY ADVENTURE WITH THE FIRST NOVEL IN A SERIES OF INTERCONNECTED STANDALONES!

A steaming story with sizzling romance! No cliffhanger, and a guaranteed happily-ever-after!

Mature Content. Adult (18+) Only. You may read the Dragon Prince Series out of order, however to gain the the full emotional impact the story-line has to offer I recommend you read it in order.