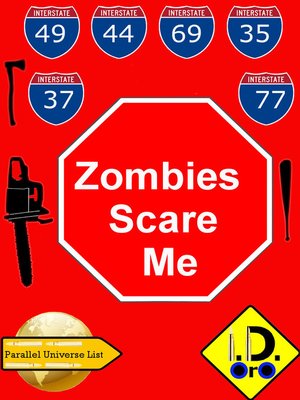 Zombies do not exist in this world Diana a 17 yr old varsity baseball player reasons. Until she discovers that, there are real zombies at the mall!

Society collapses as rule of law is missing. Diana travels with her grandparents from the Kansas City area to Brownsville, Texas to unite with her parents. When they arrive at an official government prison that acts as a shelter Diana realizes that only men can join the supply gathering missions. Diana takes the name of Mario Jr. as she uses a disguise.

After she loses track of her group she suddenly meets the famous serial killer John 'Ax Murderer' from Wal-Mart. Now John is carrying an ax and a gas-powered chainsaw as he rides a motorcycle. Diana thinks that John is a lunatic until she begins to have odd feeling for him. The problem is that she has a crush on him.