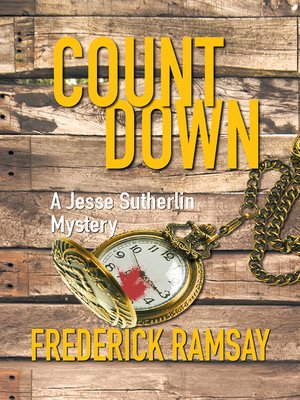 "Ramsay evokes a time and a place so vividly through Jesse's voice that I didn't read this novel so much as savor every page." —Dana Stabenow, New York Times bestselling author

It's 1928, Jesse Sutherlin now has his own family and has made a success at the sawmill below Virginia's Buffalo Mountain working for JG Edwards. The country's economy is booming. And then David Privette, the sheriff who succeeded Dalton P. Franklin with whom Jesse had a run-in or two in Copper Kettle, arrives with surprising news—the body of Jesse's father has just been discovered in the pit at Smith's West Oxford Street ice house operation. How could this be? In 1918 a man had brought the family the news that Sutherlin, Sr., had died of the Spanish flu while seeking work up in Norfolk, Virginia.

Sheriff Privette doesn't take a deep interest in this cold crime, but Jesse is not letting it go. The body has been found with a money belt fat with fifty dollars, a small fortune. Twenty of the seventy dollars that Sutherlin Sr. was carrying is missing. So is his heirloom watch given to him for "thirty years' service in the AM and O Railroad which is now the Norfolk and Western. It was gold and big as an onion." What happened to the money and to "the Onion"? Was all this the work of a thief? Who was the man who showed up at the Sutherlins' door? There's not much to work with. But that won't stop Jesse who investigates as the 1928 boom progresses relentlessly toward 1929.