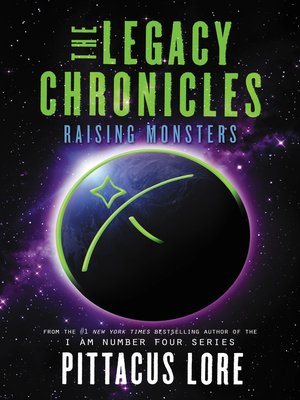 The X-Files meets X-Men in this digital original companion series that's set in the world of Pittacus Lore's #1 New York Times bestselling I Am Number Four series and its spin-off series, the Lorien Legacies Reborn.

This is the fifth 100-page novella, continuing the exhilarating story of fan favorite characters Six and Sam. The two Garde must escape the clutches of an old enemy they thought had been defeated long ago.

Contrary to what the government would have the world believe, not all of the Mogadorians are safely imprisoned. A small contingent of the alien invaders has been in hiding, working on a vicious plan for revenge and foiling Six and Sam's every move. Even the couple's failed attempt to rescue Ghost was nothing but a trap, and now they've been abducted by their old foes.

Held captive in an impenetrable underground bunker, they'll have to find each other and then somehow find a way out if they're going to have any hope of survival. But with their Legacies still on the fritz and Mogs out for blood it may be nearly impossible. Luckily, Six and Sam have more than a few allies with powers of their own who can help...if they're not too late.