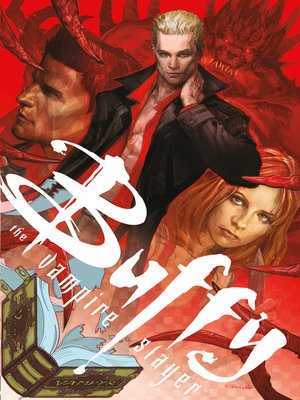 View more libraries...
The cult-favorite television series from creator Joss Whedon continues in comics with Season 10, where Buffy and the Scoobies are rewriting the rules of magic and monsters . . .
While slaying the zompires that have overrun a small California town, Buffy and her pals are shocked to discover another new kind of vampire: harder to kill, able to transform, and walk in the light of day—like Dracula . . . If that weren't enough, the rules of magic are literally being rewritten in the Vampyr book. The crew attempts to restore the status quo, all while Xander is the victim of a haunting, his relationship with Dawn begins to crumble, and Dracula himself enters the picture. Then when the Vampyr book goes missing—now a highly coveted item—Buffy and the Scoobies head for what might be a disaster in Sunnydale where Andrew is up to his good/bad/old tricks again. As everyone feels the responsibility of protecting the book and writing the new magical rules, they are tempted by what new rules can do for them . . . just like the Big Bads who have come knocking on Buffy's door!
Writers Christos Gage (Angel & Faith) and Buffy star Nicholas Brendon team with artist Rebekah Isaacs (Angel & Faith) to take on the Slayer and her teammates in her tenth season; they're joined by guest artists Richard Corben (Hellboy), Karl Moline (Fray), and Cliff Richards (Dollhouse)!
This oversized Library edition collects the materials from Buffy Season 10 Volume 1 and Volume 2 softcovers, along with all the comic book covers, and an expanded sketchbook section.