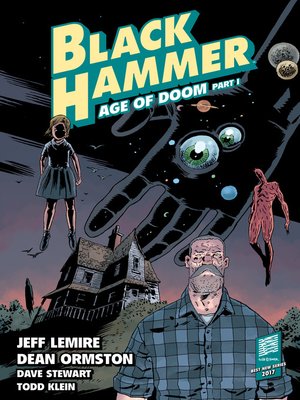 Picking up immediately where we left off—Lucy Weber has become the new Black Hammer and right as she's about to reveal to our heroes how they got stuck on the farm and can escape she vanishes. Now our new Black Hammer finds herself trapped in a gritty world filled with punk rock detectives, emo gods, anthropomorphic humans, absurdist heroes, and many more weirdos, in mad world in which there is no escape!

"I didn't think something could be thrilling and sad at the same time but now there's Black Hammer proving me wrong. Amazing, just flat-out amazing."—Patton Oswalt

"I don't read many comics these days, and I can't remember the last time I read a superhero comic, but I'm loving Black Hammer." - Mike Mignola