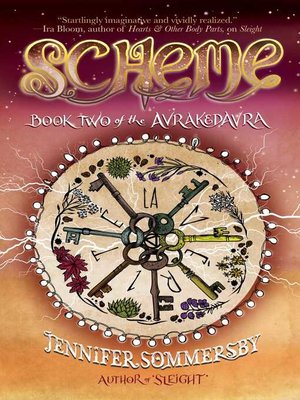 View more libraries...
The key to good is found in truth.
Genevieve may have left the circus behind in Oregon, but there is plenty of show still to come.
When she and Henry land in France, they are whisked away to Croix-Mare, the home of Henry's grandfather, Nutesh, where they will prepare for a journey they never could've imagined. Now that they have all three AVRAKEDAVRA texts—Life, Death, and Memory—the books must be destroyed in the Undoing.
However, it's not as simple as taking the books to their birthplace in Babylon and setting them alight. Genevieve and Henry must rely on unexpected allies as they embark on a harrowing global search to acquire pieces necessary to complete the Undoing. They're offered cover and protection by La Vérité, the secret network of followers devoted to the message of the AVRAKEDAVRA, who, not surprisingly, are found under the big top—because no one does underground quite like the circus.
But loyalties among the magical community are fragile. Genevieve, still grieving the loss of her mother, now struggles to control the new AVRAKEDAVRA-bestowed gifts, and with mounting threats to her psyche and body, she clings mightily to the promise of a brighter future once this is over—if they can survive it. And Henry, broken by his father's treachery but entranced by the heartwarming connection his family's text has granted him, grapples with the fact that once they succeed in destroying the books, he'll lose the only family he has left.
Together, our two young heirs will learn that when hope has abandoned us, the overwhelming love of friendship and family is all the magic we need.